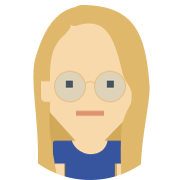 Recognising the top-performing women in industry, the Women in Tech Excellence Awards celebrates those breaking the mould and aims to inspire and encourage the next generation of women in digital. With our recent launch of Now+Next and our push for more diversity in the industry, we are thrilled that two of our talented team have been shortlisted as part of this year's awards.

Head of Client Services, Alice leads Candyspace's engagement with Mazda. She is a senior female driving change in a sector that’s still heavily dominated by men and which is still coming to terms with the speed at which it needs to digitally transform. Alice continuously sets an example for women within Candyspace, Mazda and the automotive sector, helping to smash stereotypes and drive change that will benefit many.

Innovator of the Year - El Reeve

On the back of her recognition in the BIMA 100, El has received a nomination for Innovator of the Year, reflecting her nuanced and strategic approach to creative briefs from prominent clients. Through her skills as a Senior UX designer, El constantly challenges the gender balance and inaccessibility faced by many within the digital industry. As a founding member of Now+Next, El is also helping to shape the path into industry for the next generation of women.

El and Alice both embody the values of Candyspace, driving vision to create digital products that are loved by everyone – helping to ensure those products are informed by a diverse range of ideas, perspectives, backgrounds and experiences.