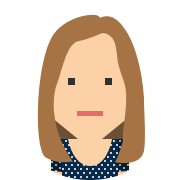 We are pleased to announce Candyspace’s transformation of the ITV Hub has been nominated for Best OTT Service - Apps and Software in the 2022 International Webby Awards.

The Webby Award nomination demonstrates the huge strides ITV and Candyspace have made to position the ITV Hub as a central destination for digital content consumption across devices. This recent news shortly follows our win with ITV for Best Entertainment Mobile App at the Vega Digital Awards and nomination for App Development Team of the Year at the App Developer Awards.

Recognition for this award alongside other OTT category nominees Disney+ and Apple TV is great testament to the gains ITV is making in fighting off competition from some of the biggest global players in video-on-demand.

Candyspace has partnered with ITV for over a decade, with a recent focus on the rapid evolution of the ITV Hub from what was once primarily a catch-up service to one that’s loved by millions of viewers as a destination for the discovery of brilliant content.

The public vote is now open. Help us win the ‘Webby's Voice Award’ by simply clicking here to vote for ITV.

Deep Bagchee, Chief Product Officer at ITV commented, “We are immensely proud of the continued successes of the ITV Hub as a leading video-on-demand platform that entertains millions of people with brilliant content and creativity. Candyspace is an important strategic partner on the ITV Hub, and have been pivotal in enabling us to deliver on our growth ambitions.”

"The Webby's are such highly coveted awards, so it's fantastic for our work with ITV to be acknowledged at a global level. This latest nomination adds to the numerous awards won by Candyspace and ITV, and is testament to the groundbreaking advances our teams are making," said Tom Thorne, CEO of Candyspace.

Hailed by The New York Times as the “Internet’s highest honour” - The Webby Awards is the leading international awards organisation honouring excellence on the internet. In its 26th Year, the awards received more than 14,300 entries from over 70 countries worldwide.